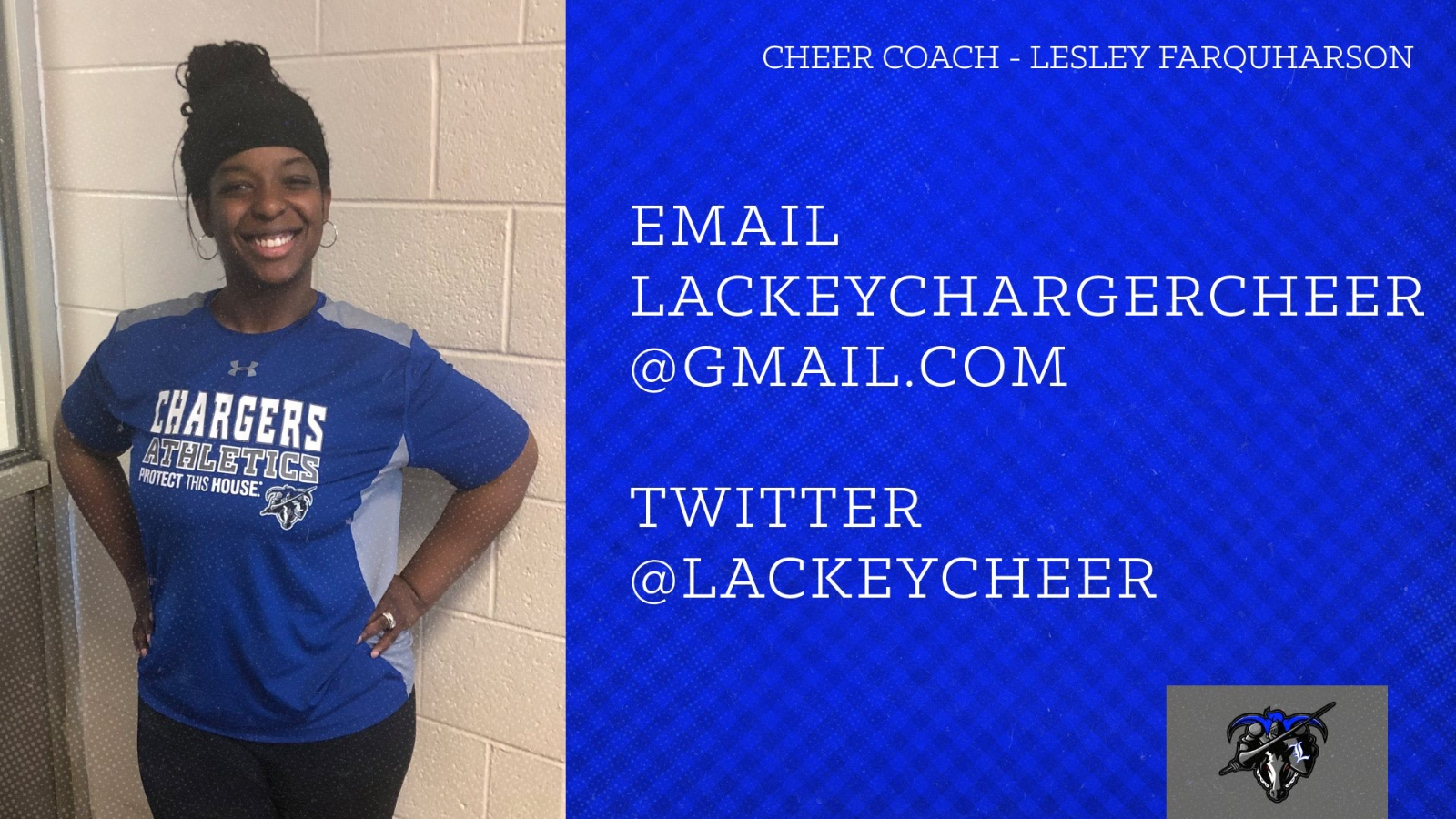 Coach Leslie Farquharson has headed up the Lackey Cheer program since 2016.

Jon Juracko is a Technology Facilitator at Billingsley Elementary School. He is entering his 12th year working in education. Originally from Pittsburgh, Pennsylvania, Juracko has over 15 years of extensive coaching experience across  multiple sports including soccer, swimming, lacrosse, unified bocce and unified track.
In 2014, Juracko joined the Lackey Chargers Boys Soccer program as the JV head coach. Then in 2015, he was promoted to the Varsity head coach position. Since taking over the program, Juracko has coached two teams to multiple Regional Championship games appearances (2017 & 2019).
Coach Juracko challenges his players to ‘Never Quit,’ noting; “we are successful when we never quit holding ourselves accountable for our actions and against whatever adversity we face on and off the pitch. This means we need to show up every day and do own jobs.” #NeverQuit #DoYourJob 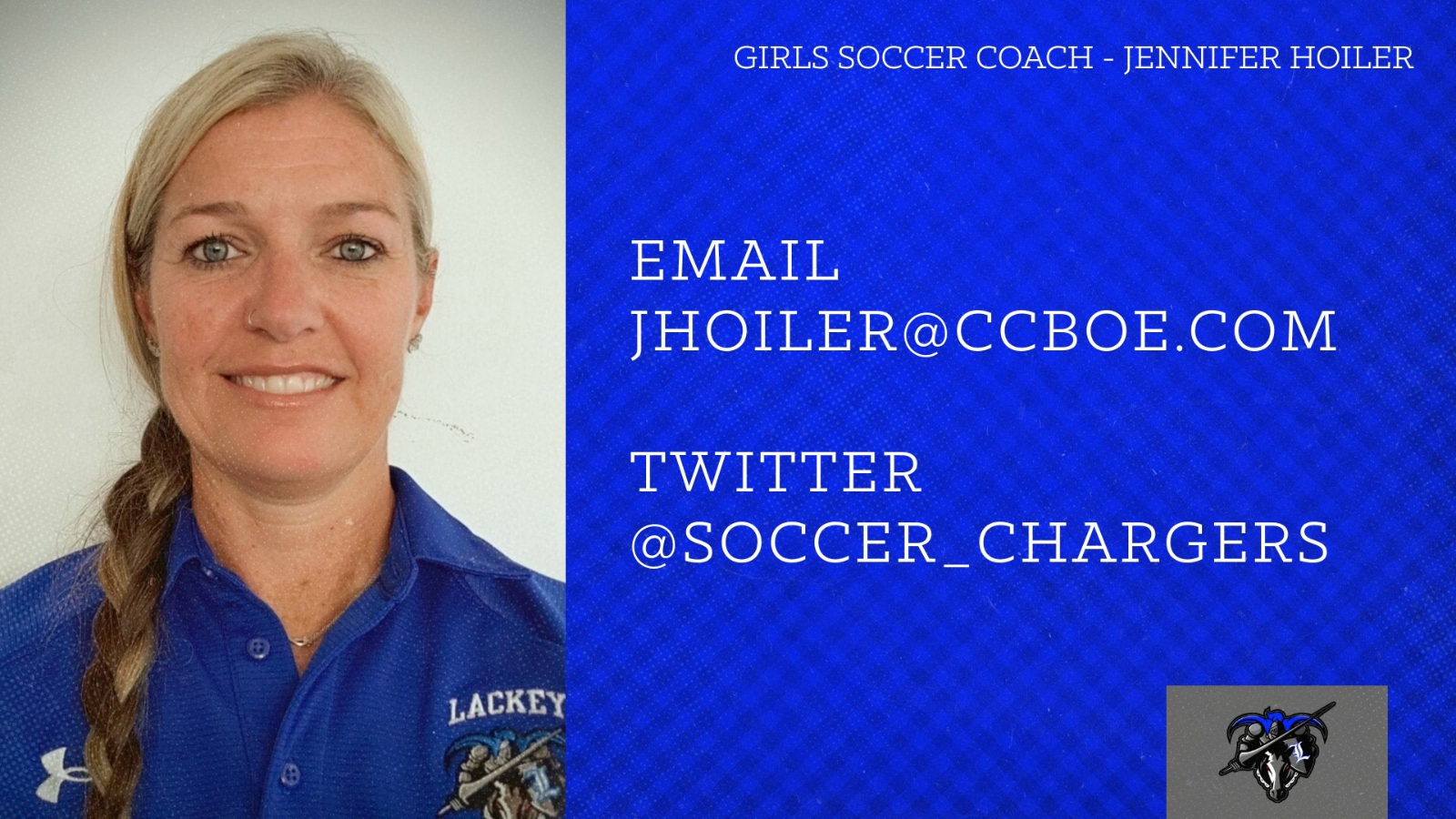 Coach Jennifer Hoiler has headed up the Lackey Girls Soccer program since 2020.

Jenn Hoiler is a 3rd year Mathematics Teacher at Lackey HS yet entering her 19th year as a high school teacher. Originally from Va. Beach, VA she is a former varsity player of Salem High School and Beach FC Travel Soccer. She continued to play intramural soccer in college, as she received a different athletic scholarship. Post-college she returned to Va. Beach, where she continued to play various levels of Women’s and Co-ed Leagues and returned to Beach FC to coach for her former club. Upon beginning her teaching career, she also began coaching high school girls’ soccer at Princess Anne HS. Mrs. Hoiler remained at the helm of the Cavaliers for 8yrs, along with coaching for Beach FC Travel and summer women’s semi-pro league. She is extremely excited to take over the Lady Chargers soccer program and expects to put them on the map in the years to come. Hoiler began with a dedicated strength program in the off-season to prepare and continues to encourage the girls to work towards excellence. She anticipates, “Through focused, selfless, disciplined work I look forward to creating a team that is tough and consistently accountable to each other!” #EarnItOWNit 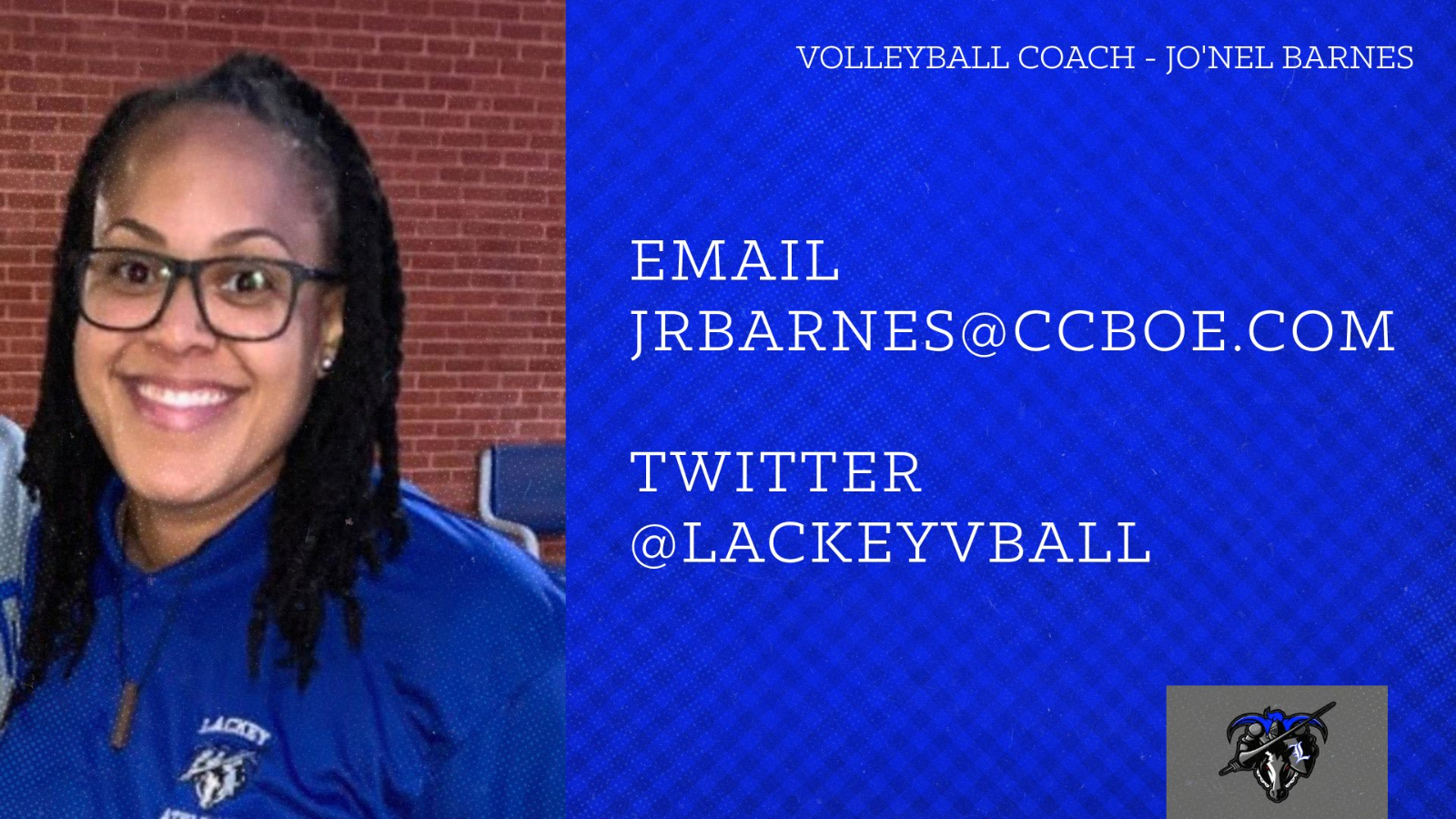 Coach Jo’nel Barnes has headed up the Lackey Volleyball program since 2019.